A producer’s job is reaching into an artist’s heart and bringing out the very best of his/her talent.

The Nashville Music Doctor is a new music production facility located in the heart of Nashville, TN that was built with a passion for the craft of making music. We offer full audio production, recording, mixing, composition, and consultation services both in the facility and out in the field. Whether you need to record a full album, a song demo, or help setting up your home studio, the Nashville Music Doctor is here to help. Our mission is to leave people in a better musical place than we find them and to leave a smile on every face that graces our doors!

Our RIAA-certified gold and multi-platinum awarded staff, along with our well trained assistants, will cater to your every musical need.

Have a great song but need a full arrangement for it? We can build your song from scratch and make it SING. Live/programmed drums, orchestral arrangements, guitars - you name it, we can do it..

Our facility provides high-quality recording with great gear and more importantly: greater experience. Our selection of instruments, equipment, and acoustically-treated rooms provide amazing sounds that can easily compete with any studio..

Our team of field specialists can help you in your home or mobile studio to provide guidance and assistance to take your own recordings to the next level. If you need full studio setup, training, or even simple tips on how to improve your workflow, we’re on call for you 24/7.

The greatness of yesterday mixed with the edge of tomorrow. 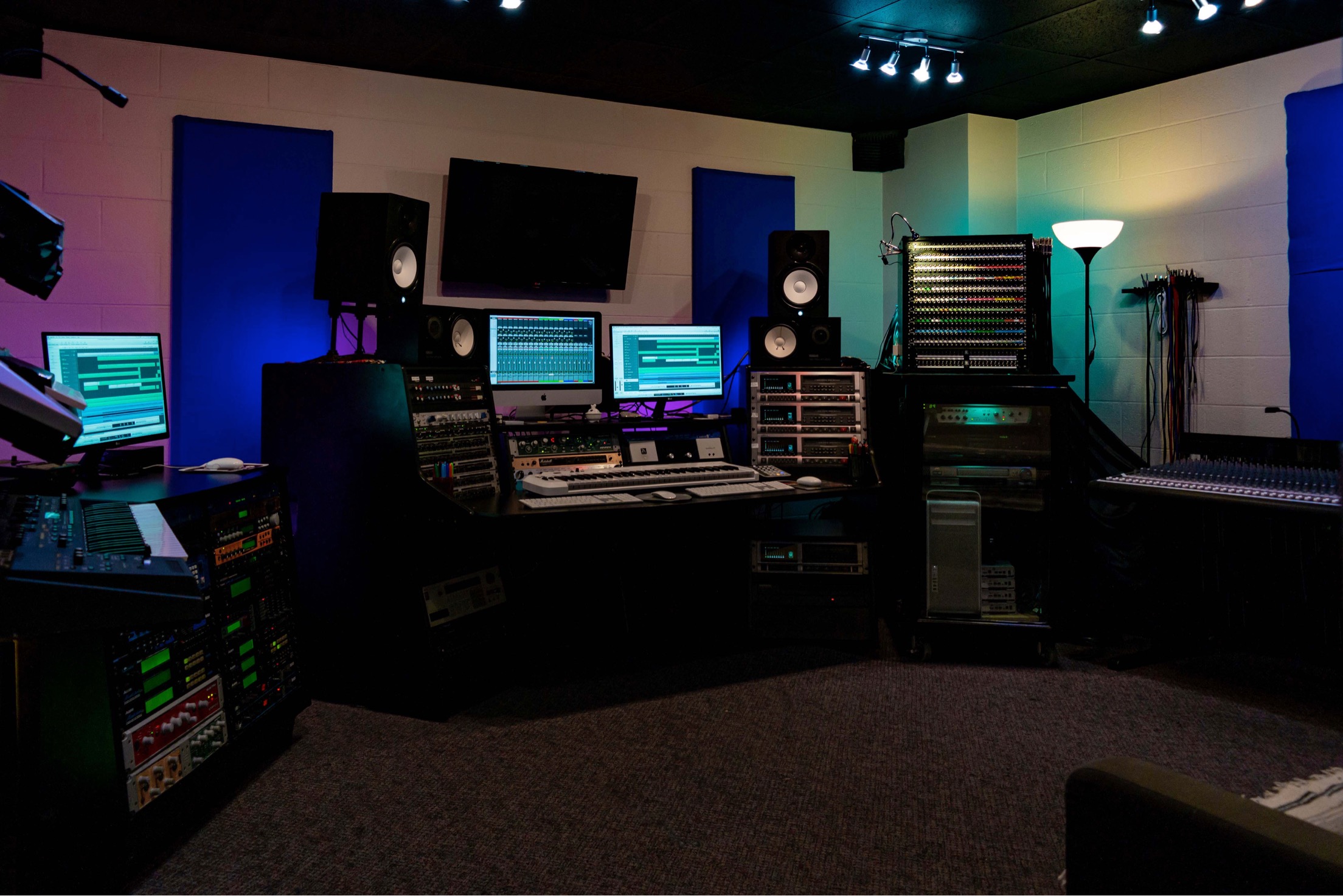 Where the rubber meets the road. 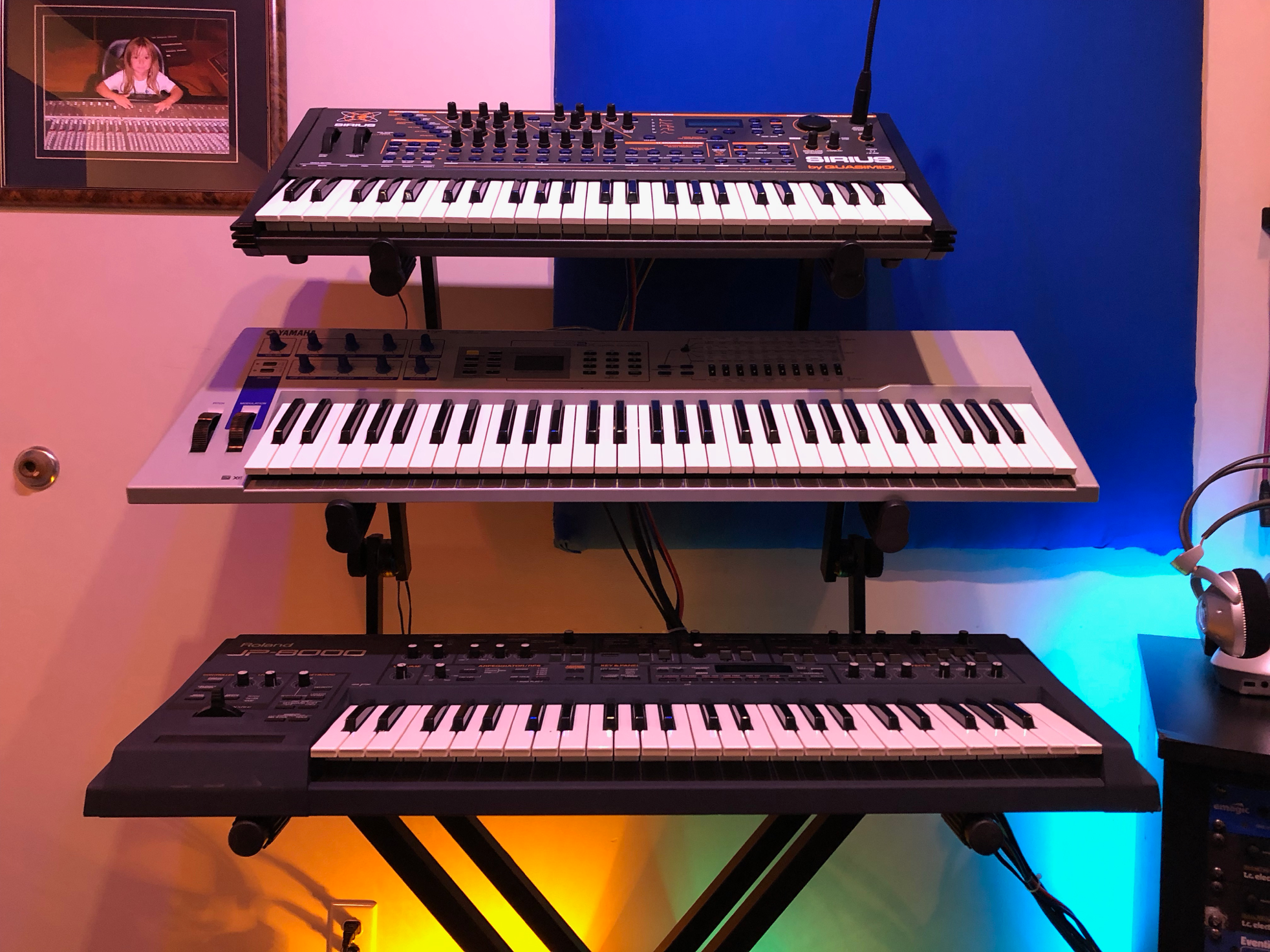 Synthy sweet goodness. We're Midiots through and through. 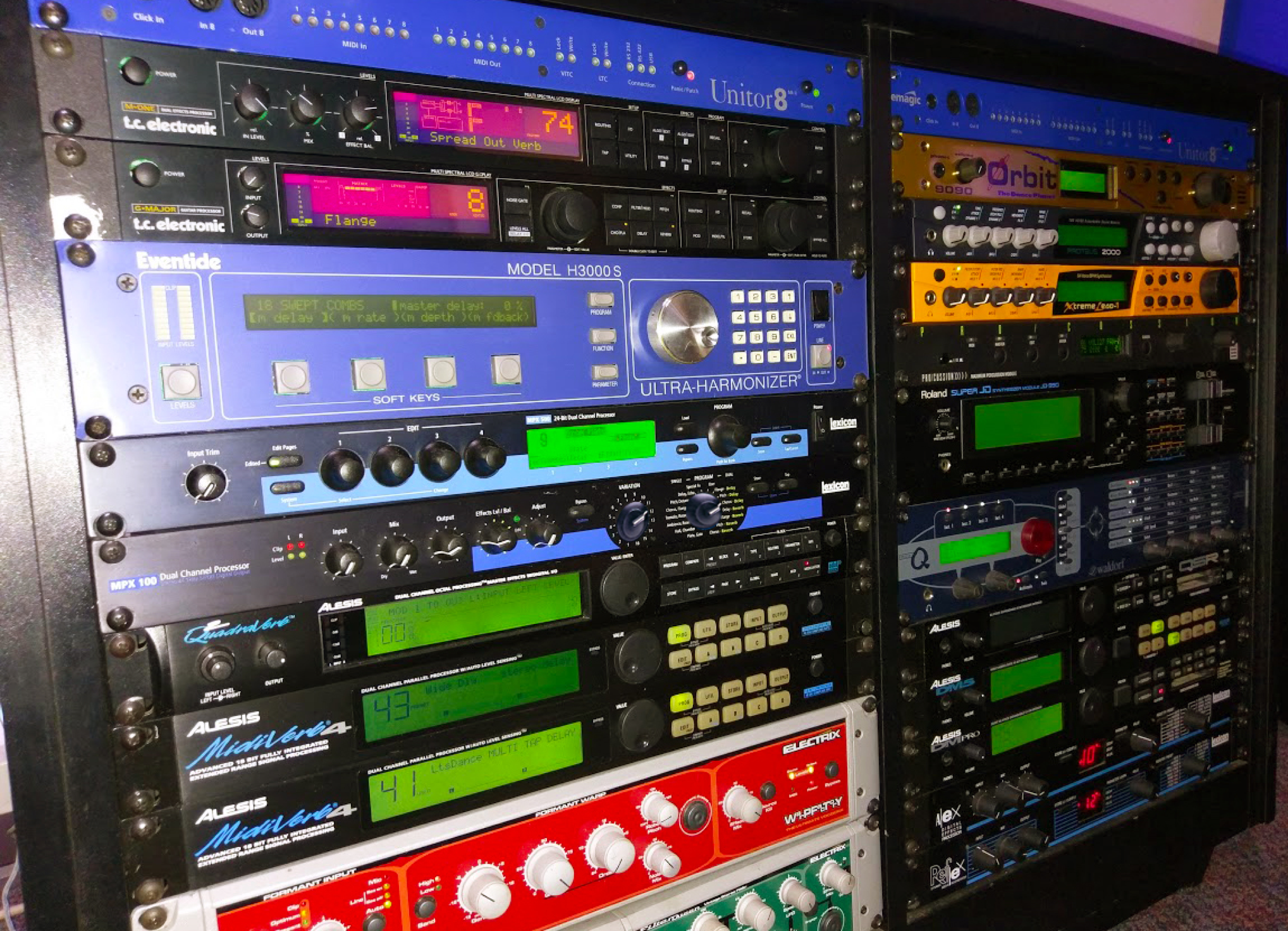 Mmmmm, analog is delicious too! 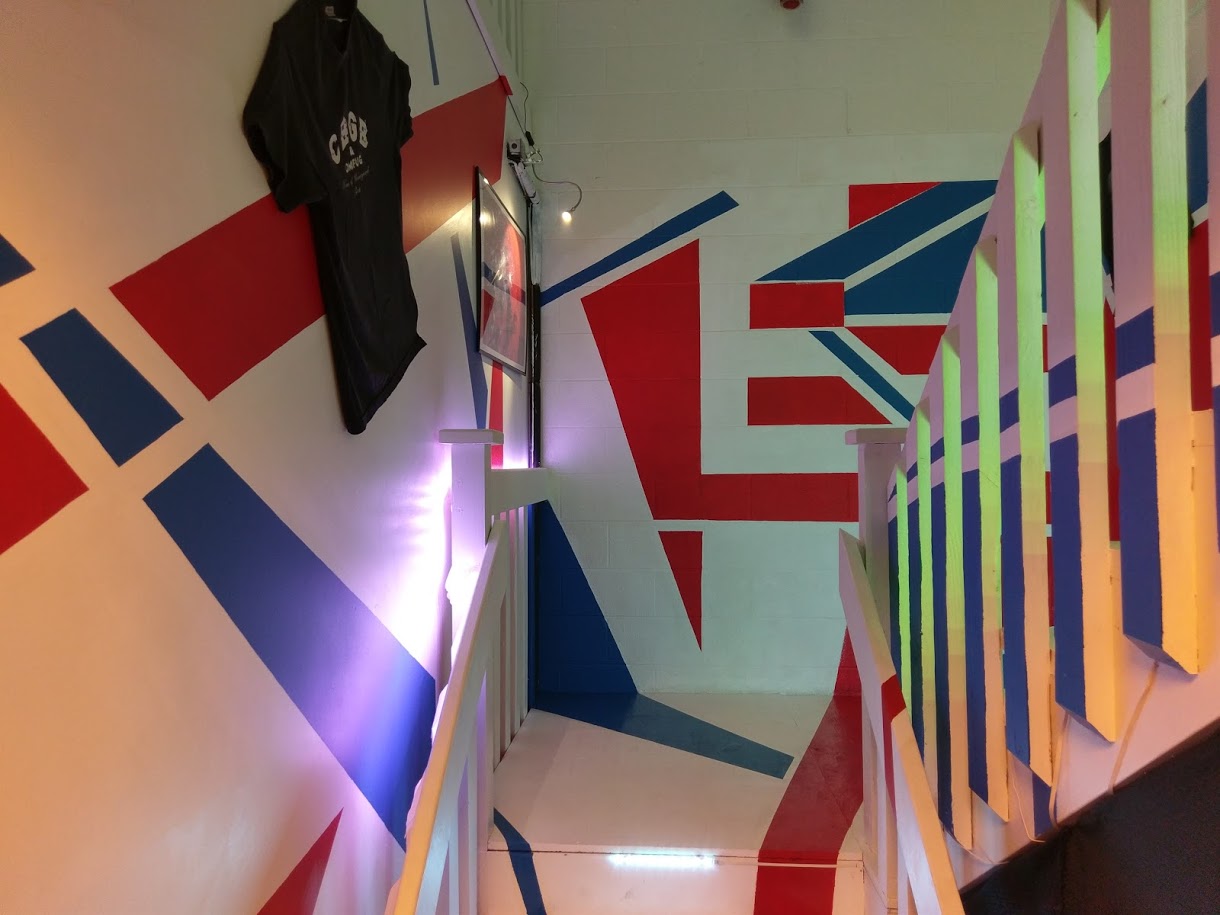 Creative energy throughout the facility. 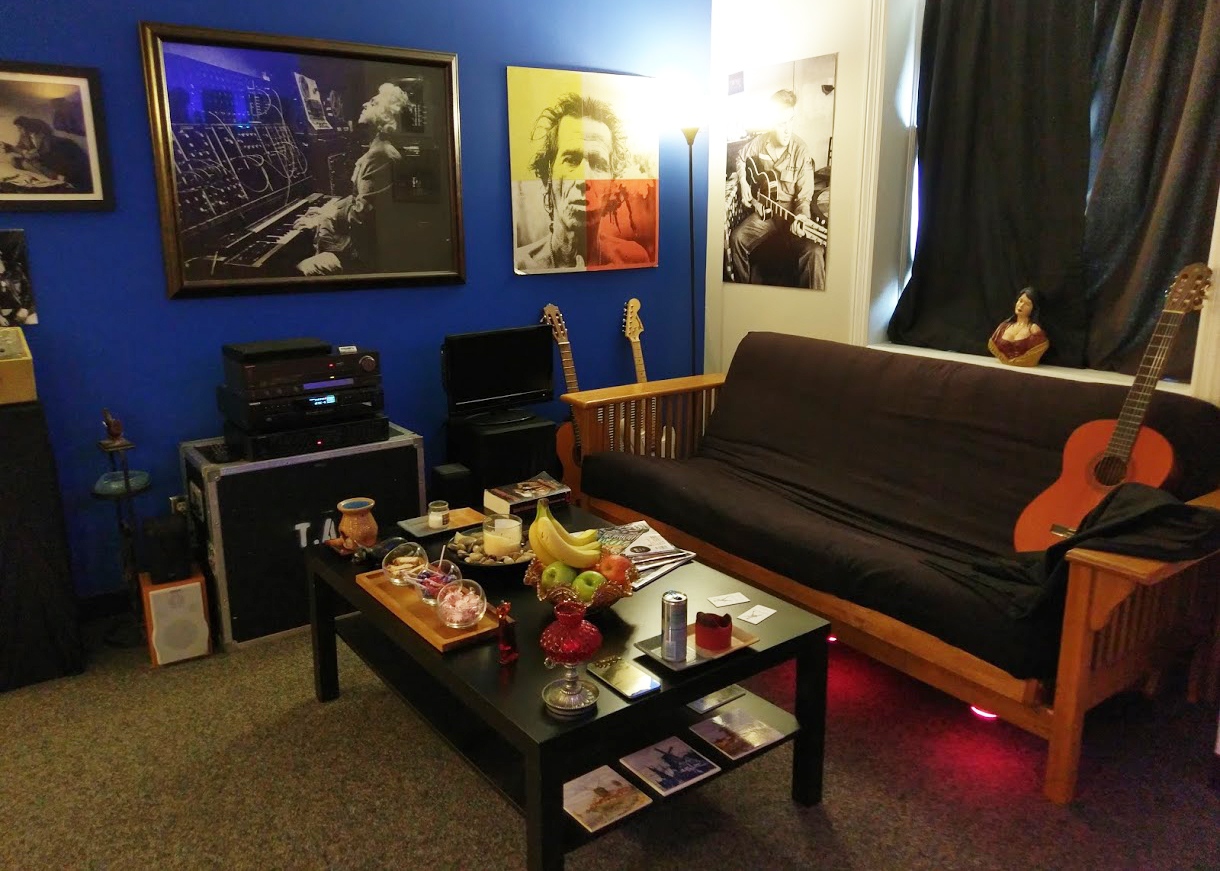 Relax in a killer vibe. 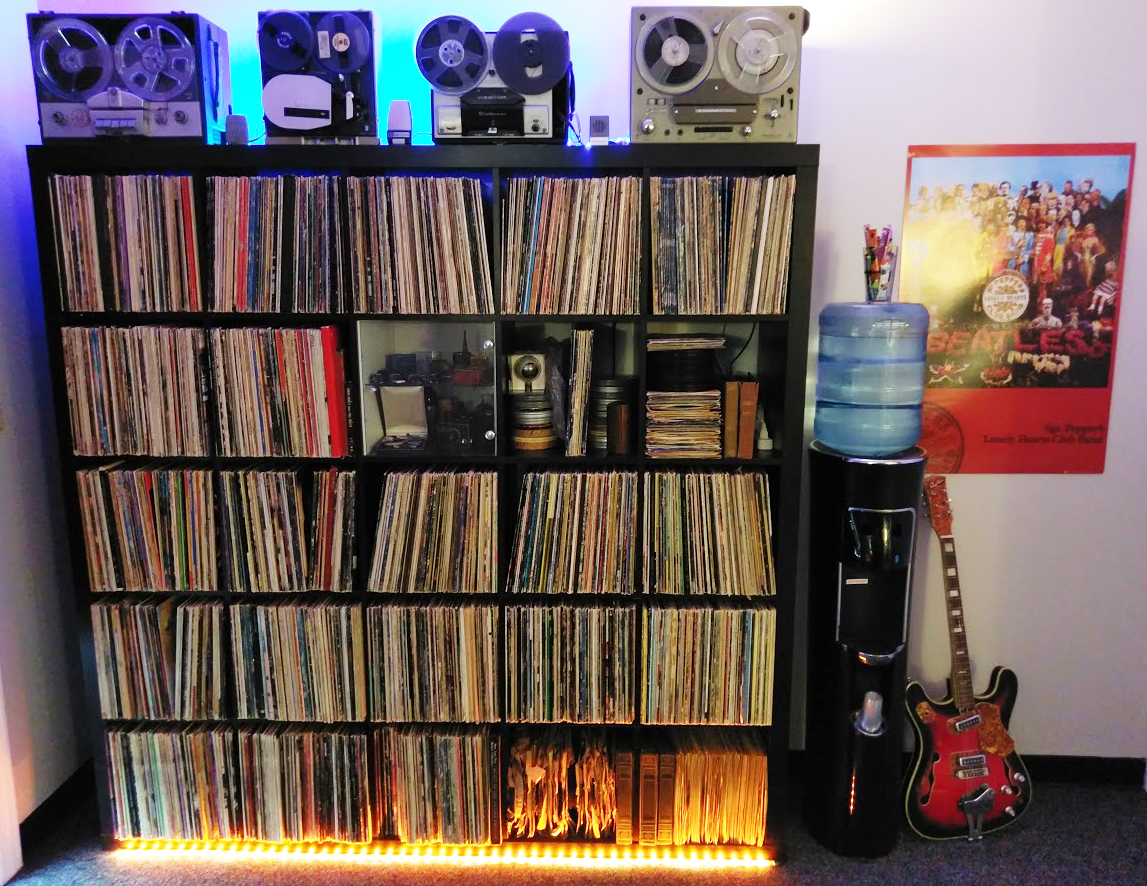 Lots of toys to keep you occupied while the Doctors are in surgery. 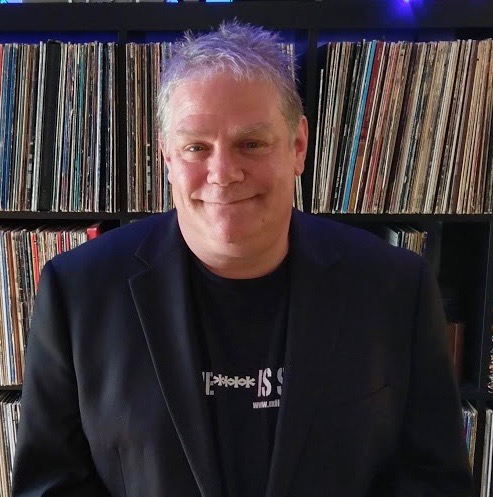 Seven began working with music technology at the age of 7 when his father (Sound-For-Film Engineer Mitchell Plotkin) gave him a splicing block, a razor blade and a lesson on audio tape editing. At age 12, he set up his first home studio where he was recording and mixing music. After high school, he began his professional career working at New York's prestigious MEDIASOUND Recording Studios (where Aerosmith, The Grateful Dead, Peter Frampton, Luther Vandross, Lena Horne, etc recorded) and then at The Record Plant (where John Lennon, Jimmi Hendrix, Meatloaf, Ozzy Osborne, KISS, Miles Davis, etc. recorded). After working at The Record Plant, he began his career as an independent engineer and producer, where he has recorded and mixed at The HIT FACTORY, ELECTRIC LADY, SOUND ON SOUND, RPM STUDIOS, POWER PLAY, and many other well-known studios. He then became Chief Engineer at Long Island's legendary MUSIC PALACE Recording Studio (designed by Tom Hidley), engineering artists such as Vanessa Williams, Busta Rhymes, Ice Cube, Public Enemy, and many others. In 1999, Seven opened Virgo Recording Studios in NY and worked with many well known and independent artists including Patty Labelle, U-God (of Wu Tang Clan), Jill Scott, Kyle Lardner, The Gonnabees, Loris Holland (Lauren Hill, Mariah Carey, etc.) Mel Holder, Ronnie Ventura, Todd Terry to name a few. Besides production and engineering, Seven is a multi-instrumentalist, composer, and author of the critically-acclaimed book “Exile in Rosedale: The Musical Life of Seven: 1963-2009”. 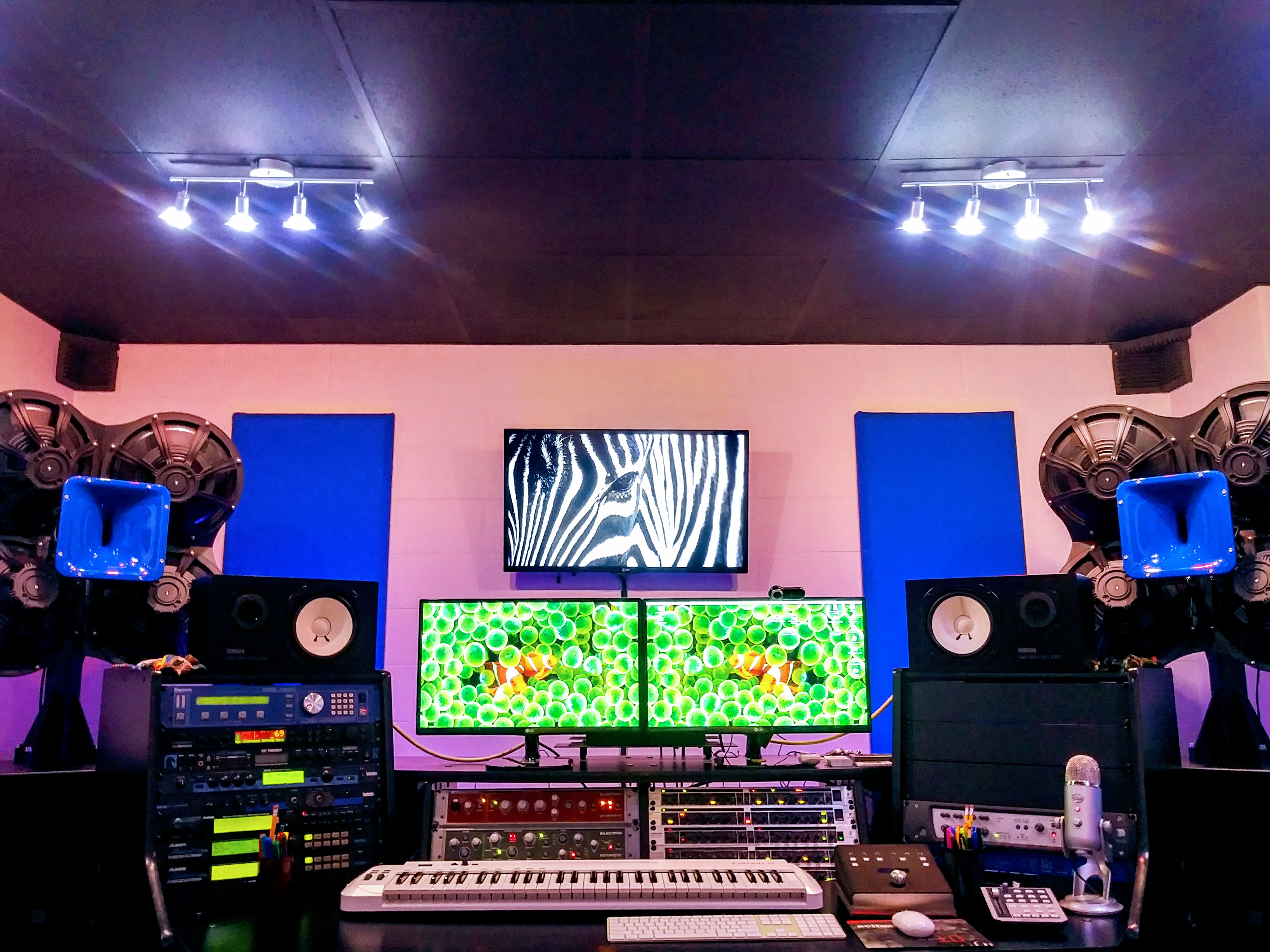 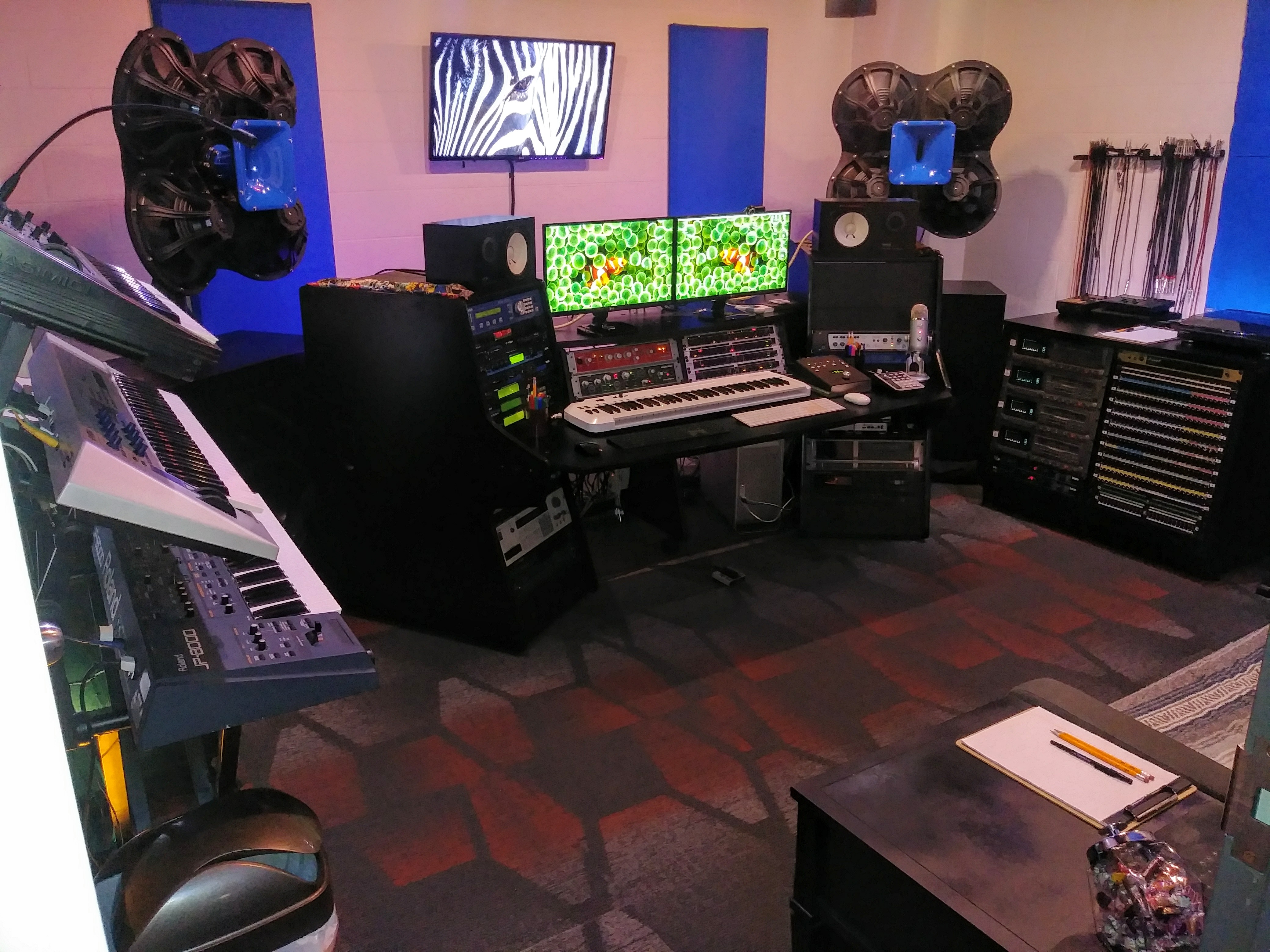 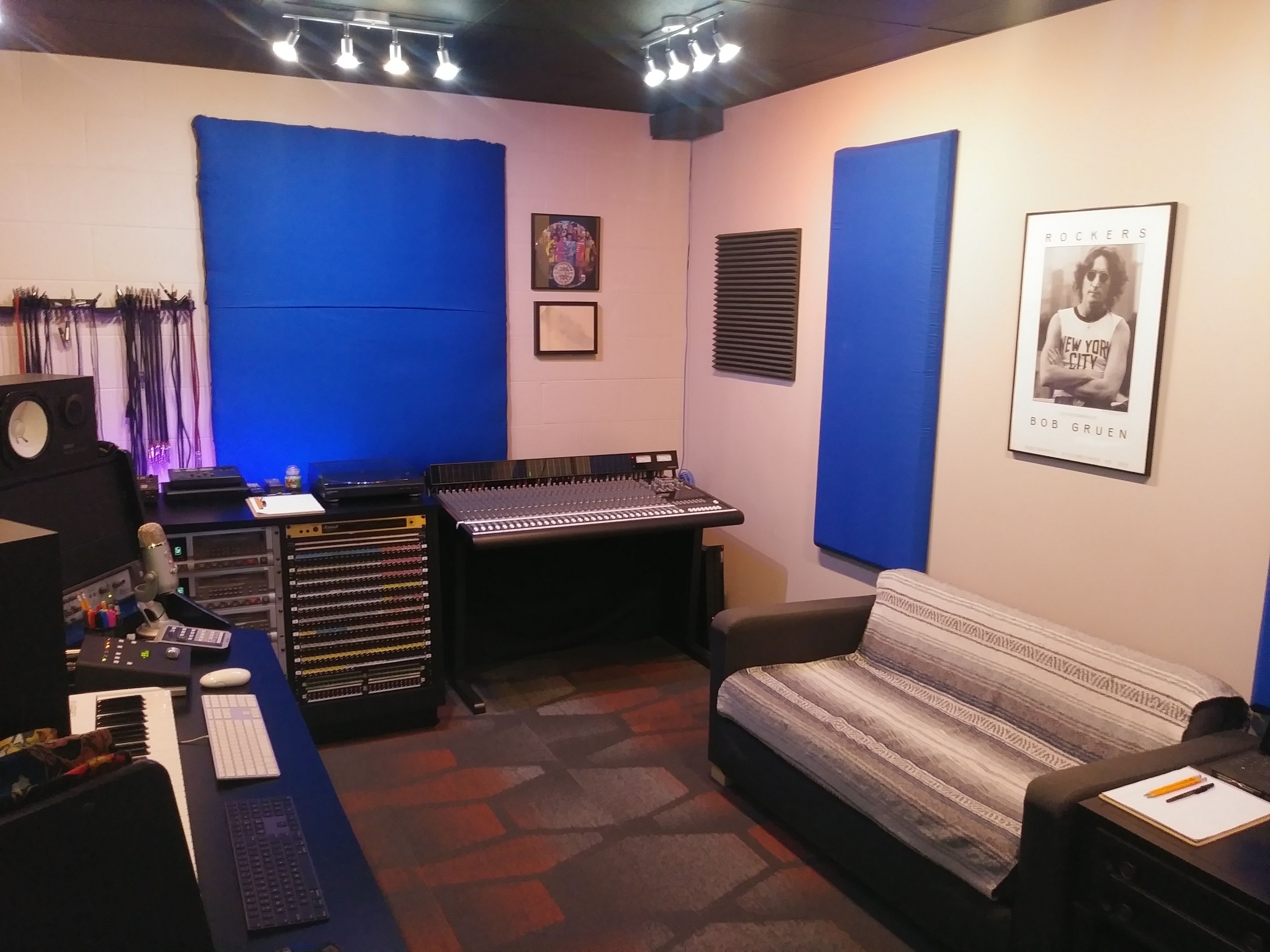 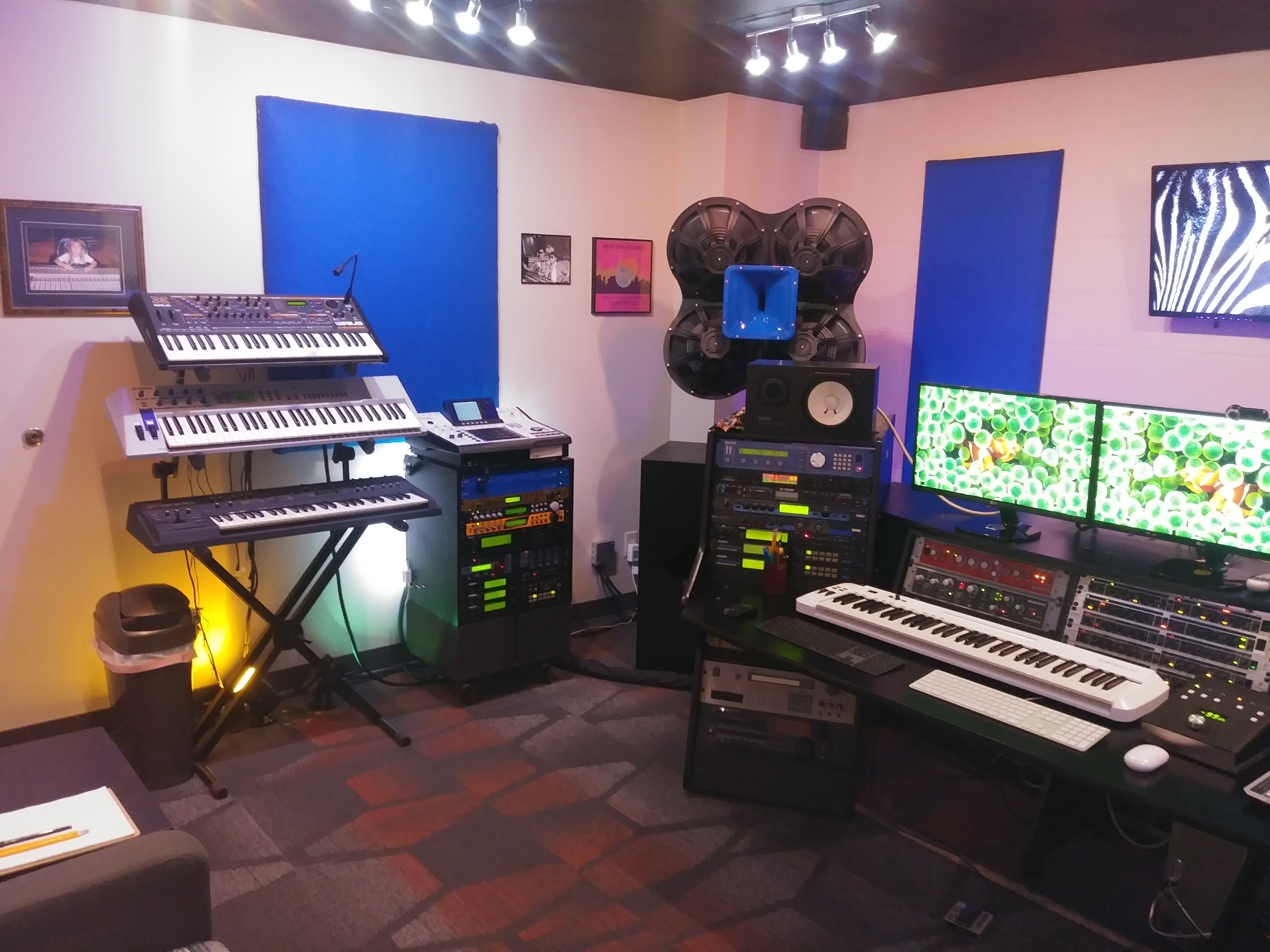 The control room has  been designed for clarity, power, and punch with a strict attention to detail. Our methodology of using clean, dedicated electrical work and short cable runs ensures sonic excellence. 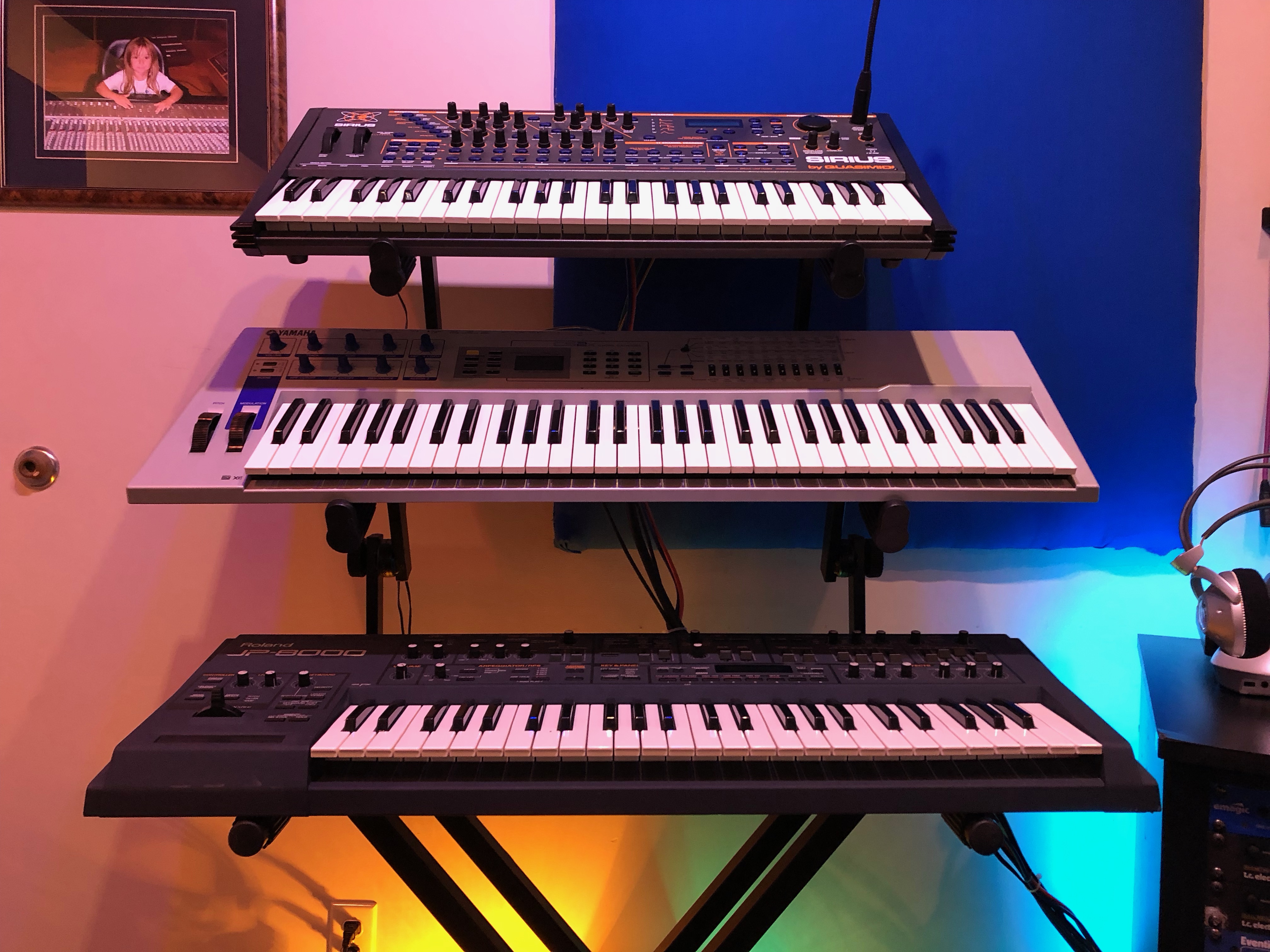 Vintage hardware and soft synths are available to give you nearly any sound imaginable.

Our lounge provides a relaxing atmosphere with amazing vibe that helps you take a break from a session yet keep you surrounded by creativity.

We have a great selection of vinyl, CDs, DVDs, cassettes - you name it - to keep your creativity flowing. Our selection of books are also at your disposal for continuing education or for some entertainment.